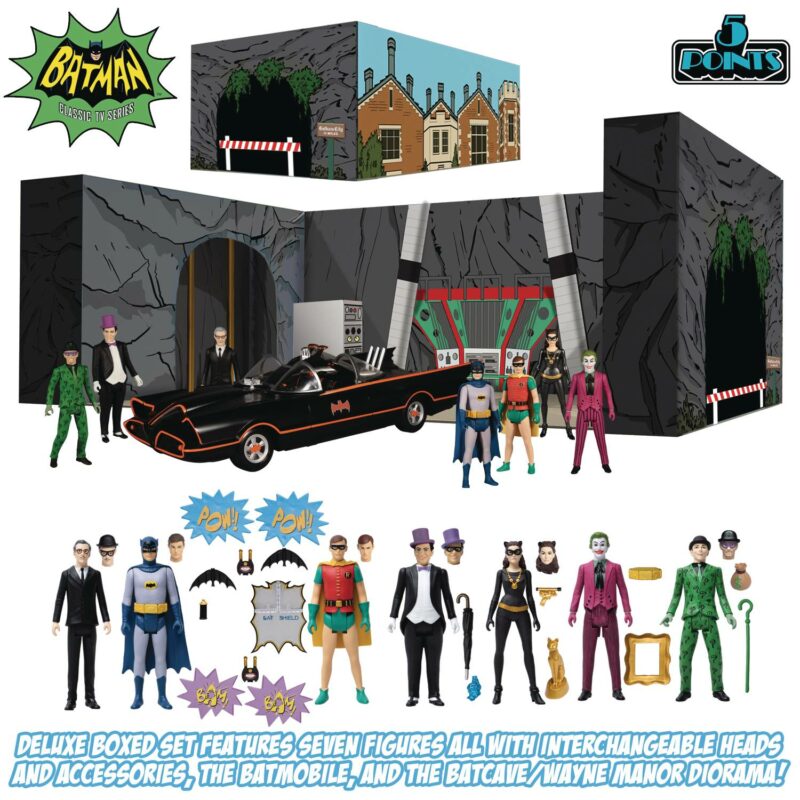 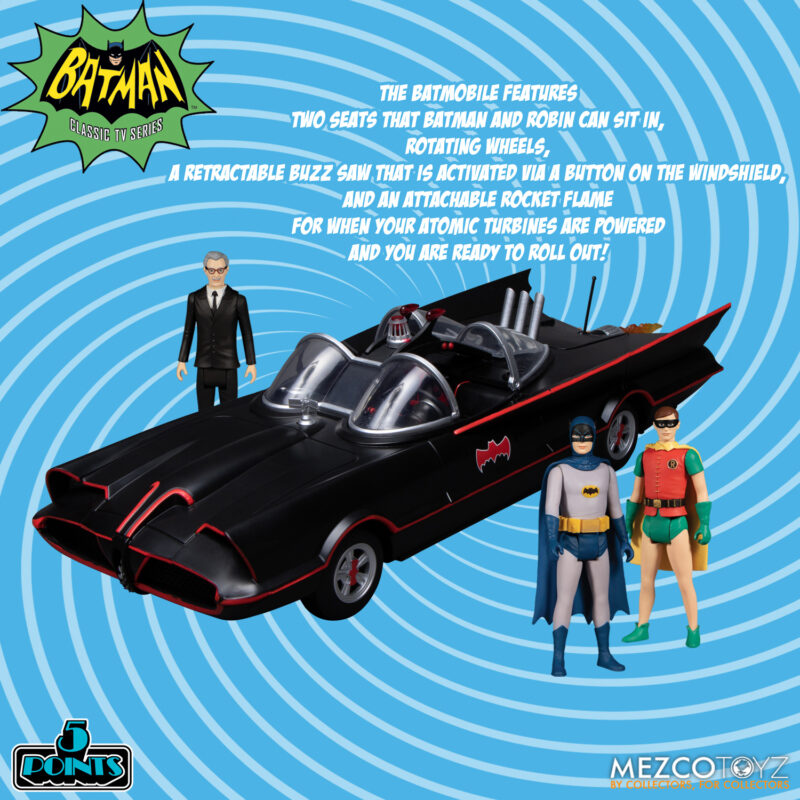 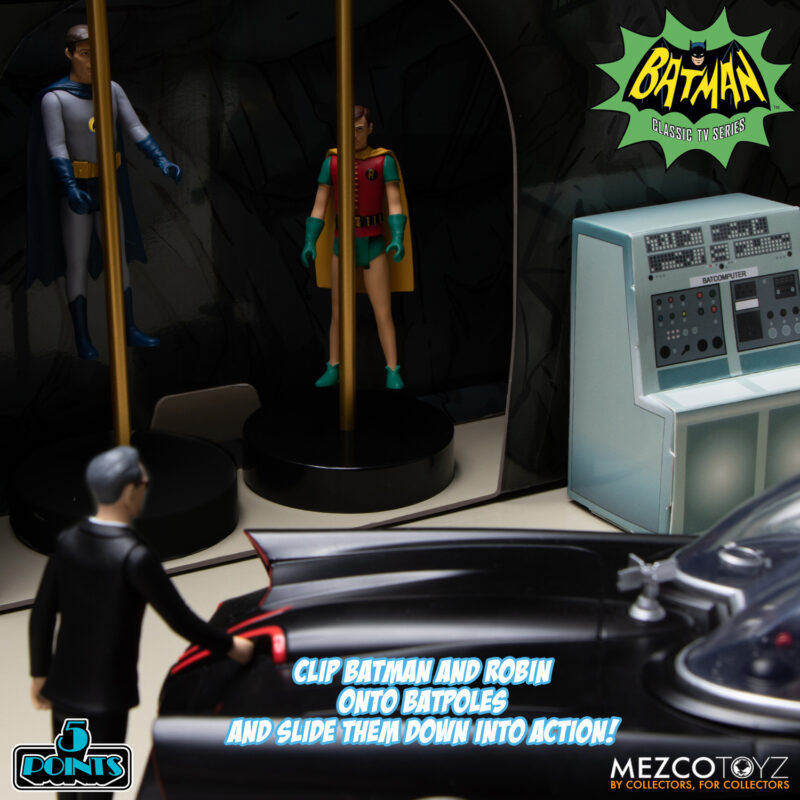 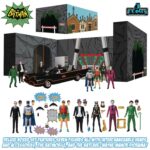 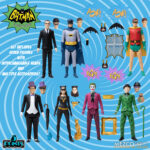 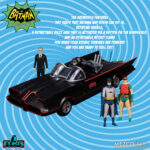 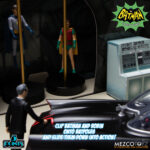 Arrives : End March 2022 according to supplier
Payment required within 48 hours of booking item

From Mezco Toys. Holy Ultimate Bat-Set! Are you a Batman fan? Do you have a nostalgic love for the 1966 Batman TV show? Is collecting Batman stuff your thing? Then check out this deluxe boxed set! The 5 Points Batman (1966): Deluxe Boxed Set contains everyone’s favorite crime-fighting duo and a variety of Gotham City’s most notorious villains, each complete with their own interchangeable heads and accessories. The Batmobile features two seats that Batman and Robin can sit in, rotating wheels, a retractable buzz saw that is activated via a button on the windshield, and an attachable rocket flame for when your atomic turbines are powered and you are ready to roll out! Once assembled, the Batcave features Batcomputers, the Batpoles, and all the Batcave details as seen on the show!