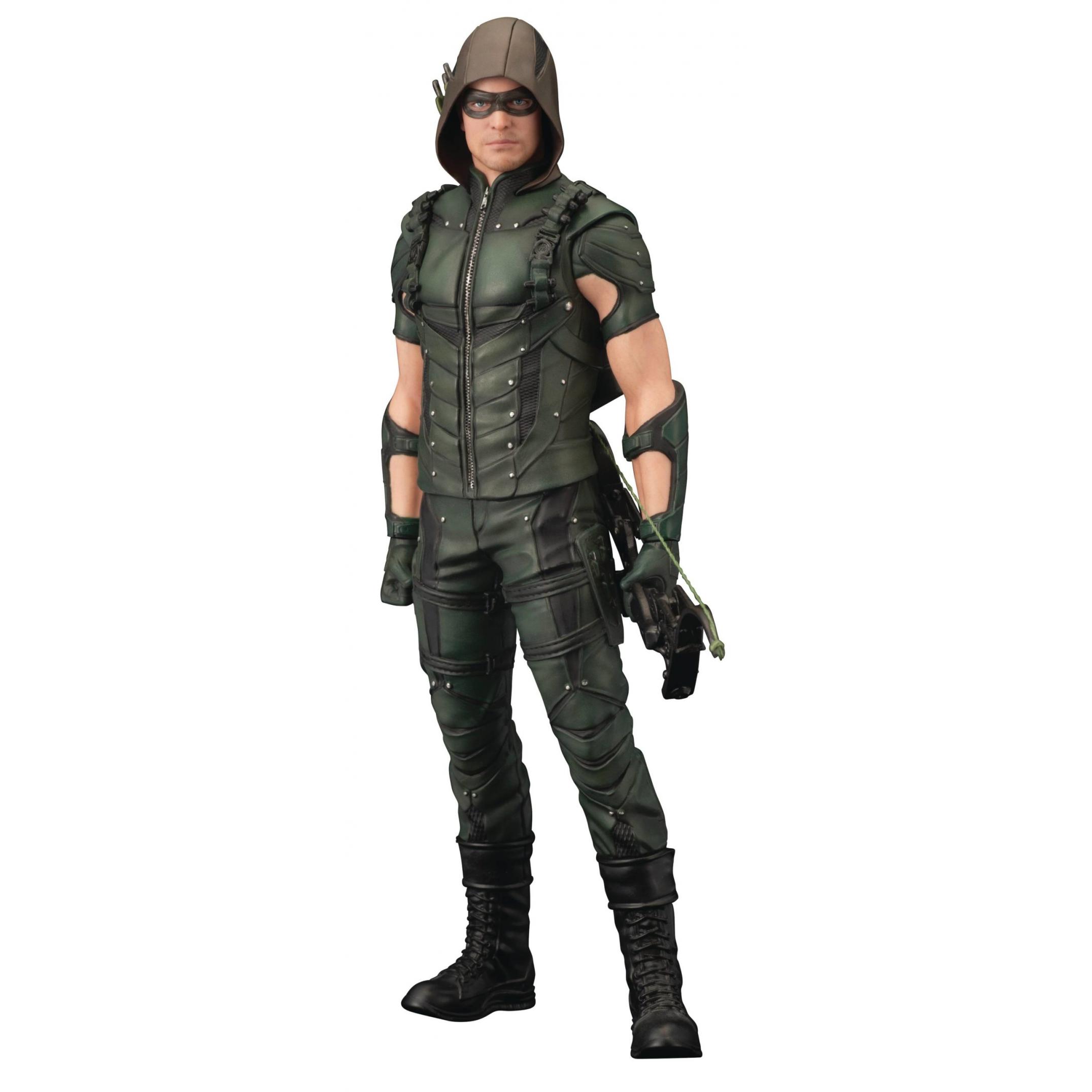 Kotobukiya’s ARTFX+ lineup based on popular characters from comic books and movies based on DC Comics continues to expand, this time to bring you incarnations based on the character’s television appearances. Next up is the hooded vigilante, Green Arrow!
This beautifully sculpted 1/10 scale statue features accurate costume details and character likenesses, as if the character jumped straight off the TV screen.
Includes an alternate set of arm parts to allow for display in two different poses, holding his bow at his side or placing an arrow on the string in preparation to fight those who have failed his city.
Magnets in the feet provide extra stability on the included base.
Display alone or alongside other DC Comics-inspired TV show characters like the upcoming Flash and Supergirl!