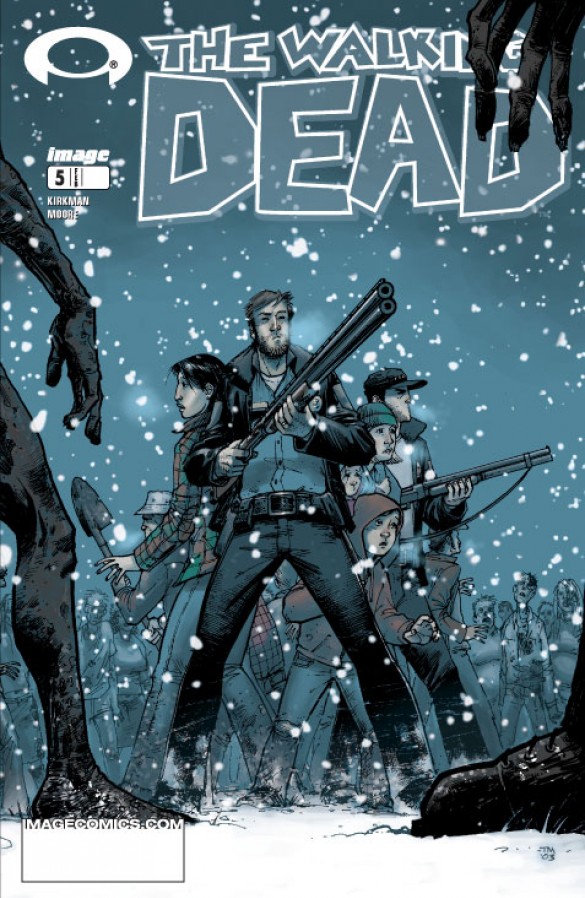 IMAGE COMICS
Written by ROBERT KIRKMAN
Art & cover by TONY MOORE
B&W 32 pgs.
Monthly ongoing series
On sale 25 FEBRUARY, 2004
MATURE READERS WARNING
THE CONCEPT: An epidemic of apocalyptic proportions has swept the globe, causing the dead to rise and feed on the living. In a matter of months society has crumbled: no government, no grocery stores, no mail delivery, no cable TV. In a world ruled by the dead, we are forced to finally begin living.
THIS ISSUE: It was only a matter of time before their camp was attacked…and that time has come. Rick Grimes and company find themselves surrounded by zombies. Who will die, who – if anyone – will survive? Who will be the next to join the walking dead?