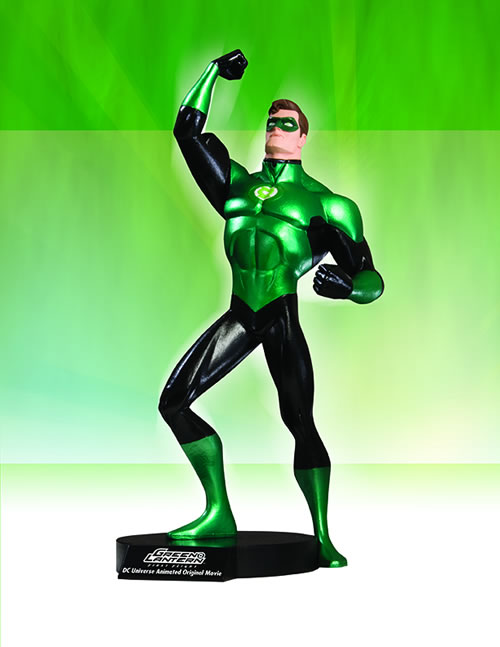 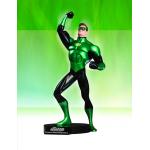 When pilot Hal Jordan accepts a mysterious, powerful ring from a dying alien creature, it transforms him into a Green Lantern, one of an elite force of heroes who patrol the universe to ensure peace and justice under the leadership of the Guardians of the Universe. Unsure of their newest recruit, the Guardians assign Hal to their most-honored Green Lantern Sinestro for training, unaware that Sinestro wants to overthrow the Guardians and create a new order he’ll control. It’s a battle of might and will power as Hal must prove his worth by defeating Sinestro to save the Green Lantern Corps. Voiced by a stellar cast including Christopher Meloni, Victor Garber, Tricia Helfer and Michael Madsen, this DC Universe original animated adventure bursts with action-packed shakedowns, showdowns and spectacular visuals as Green Lantern uses his powers and imagination to make the impossible real!

Measuring approximately 9″ tall x 4.25″ wide x 4.75″ deep (including the base), the maquette includes a 4-color Certificate of Authenticity and is packaged in a 4-color box.